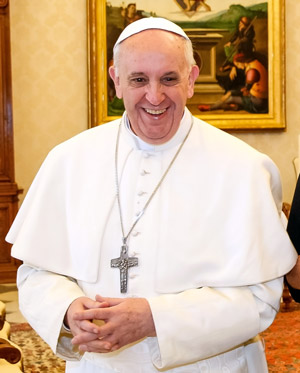 Pope Francis is well known for contacting those who write to him or whose problems he hears about. So be careful the next time you answer the phone, you never know who it might be!

Read the full story via The Telegraph.