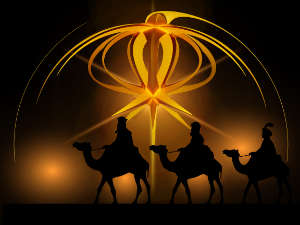 Jesus is revealed in our own day also. He is revealed as the Word of God, speaking to us in the marvellous workings of nature, in the achievements of the human spirit, and in the dialogue between the Church and the world. He is revealed to us as King, in every victory over ignorance, alienation and powerlessness. He is revealed to us as the Suffering Messiah in the heart and face of every poor person, every stranger, every wanderer, living in a back alley, or under a bridge – in every person victimised by others. “His glory has shone among us”. We have only to recognise him, and to do what the Magi did in his presence. “They prostrated themselves, and did him homage”.