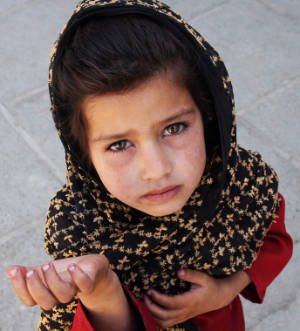 There are three images in today’s Gospel. The first is the image of the rich “stretched comfortably on their couches and dressed in purple and linen, and feasting splendidly every day.” The second is the image of the “beggar named Lazarus who was covered with sores” which the dogs came and licked. “Lazarus longed to eat the scraps that fell from the rich man’s table”. The third is the image of God, who supports, lifts up, heals, protects and feeds the oppressed, the hungry, the captives, the blind, the strangers, the fatherless and the widow.

The rich man ended up in eternal misery, separated from God. In ignoring the needs of the beggar, he had made himself un-Godlike. He had made a statement about the poor, and in so doing he had cut himself off from the God who protects the poor. There is only one God to spend eternity with; the God who “secures justice for the oppressed, gives food to the hungry” The rich man attached himself to another god, and in the process he lost eternity. Meanwhile the poor man gained eternal life. He had suffered enough, God said.