Our Lady’s – A Bright New Look! 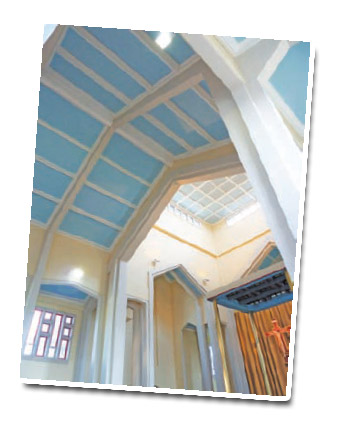 In January 2014 parishioners welcomed the start of the redecoration of the Church which had been something it was badly in need of. Various colour schemes were discussed and samples went up so that everyone could have their say in what was one of the biggest tasks to take place for many years. Due to Fr. Ned’s persistence we had at last got the go-ahead to carry out essential maintenance and refurbishment.

There was an air of excitement in the parish and one Sunday morning in January, after Mass, everyone helped to move benches and other essentials to the space at the back of the Alter so that the workmen could start erecting the scaffolding. We then had several weeks of worshiping in a building site covered in dust while the old lights were taken out, the place was re-wired and a complete re-decoration of the building was carried out. We had a few laughs and anxious moments when the temporary music equipment either failed to respond at the correct time or simply gave up the ghost altogether.

We de-canted to the school hall for one week, and eagerly anticipated what changes we would find each time we ventured into the said building site. Eventually after several weeks of disruption, smells of paint and thinners, and dust everywhere, we were able to use our beautiful Church again. The place looks beautiful and smells fresh and clean. The walls, ceiling and pillars are bright and cheerful. Gone are the red curtains which were made so beautifully and lovingly by the late Chrissy Power but which were in need of replacing and in their place are new gold coloured ones which go well with the gold pillars on the Alter.

Now we are awaiting the arrival of the new carpet, again chosen from samples shown to the parishioners, and the transformation will be complete. The parishioners would like to say a big thank you to Fr. Ned for achieving something that those that have gone before him never could. Without his hard work and dedication this would never have happened. 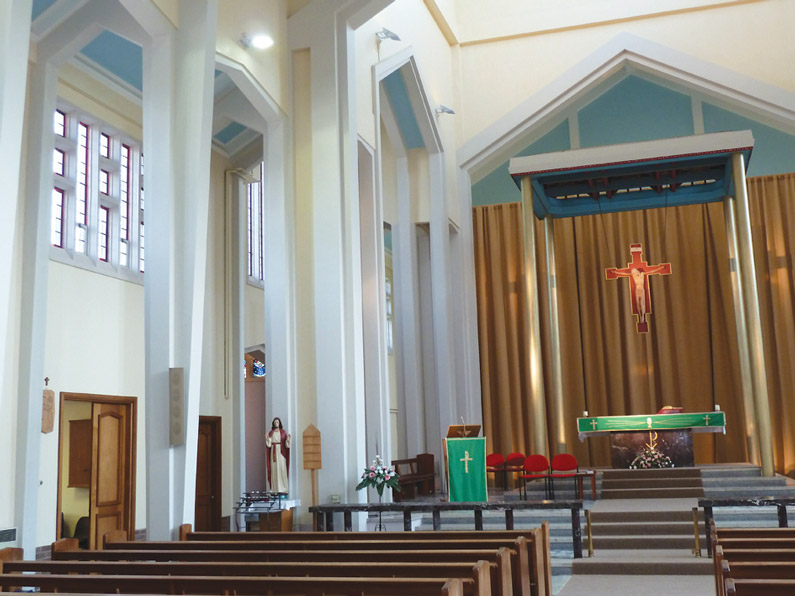